Creative Movement introduces 3 to 5-year old dancers to the joys of combining imagination and movement with music. Its primary objective is to build upon the natural instinct of the body to move…

Pre-Ballet introduces 5 to 8-year old dancers to the formal structure of a classical ballet class without requiring the total outward rotation of the hip joint. Elementary vocabulary is introduced…

Our Pointe classes teach advanced students the classical ballet techniques involved in pointe work, in which a ballet dancer supports all of their body weight on their…

Boys Club is designed to introduce balance, coordination, and flexibility to young gentlemen...

Contemporary / Modern dance is a style of expressive dance that combines elements of several dance genres including modern, jazz, lyrical and classical ballet…

This class is a combination of jazz technique, commercial jazz, and contemporary / modern styles. This is a fast-paced class designed to push the advanced dancer athletically, with a strong emphasis on…

Read more
Summer Intensives
Creative Movement
Pre-Ballet
Ballet Fundamentals
Ballet
Pointe
Boys Club
Character
Contemporary / Modern
Jazz
We need your support
The mission of the Academy of Ballet Arts, Inc. (a 501(c)3 Nonprofit) since it was established in 1969 is to develop the potential of each student to express his or her individual ideas and emotions through the beauty of movement.
Learn More
Academy of Ballet Arts Instructors
All
Instructors
Artistic Director
Suzanne Pomerantzeff
Suzanne Pomerantzeff, fondly known by her students as Ms. P., is the Co-Founder and Artistic Director for the Academy. In 1969 Suzanne, along with Lester Jacobsen, founded the Academy and led the classes and summer intensives for the next forty years. ABA is home to the St. Petersburg Ballet Company and the St. Petersburg Folk Ensemble (Russian folk dance). Mrs. P. established a ballet program at St. Petersburg Junior College, (now known as St. Petersburg College), and was responsible for the development of the dance department at the Pinellas County Center for the Arts (PCCA) at Gibbs High School. She served as the Ballet Department Chairperson and was instrumental in bringing about the first annual Florida Dance Assessment, which was hosted for its inaugural year at PCCA.
Read more 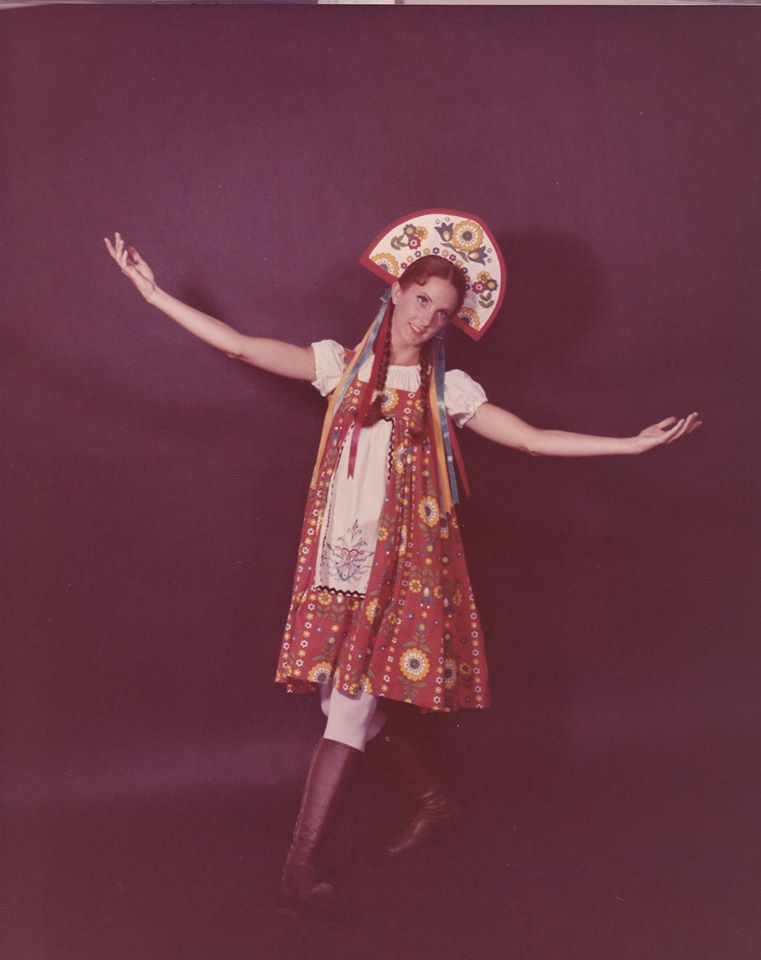 Studio Director
Michelle Kuusela
Michelle received her early training at the School of the Tampa Ballet under the direction of Martin Freedman and Victoria Rockhill Schneider. After attending many summer intensive programs including Houston Ballet, Milwaukee Ballet, Boston Ballet, Central Pennsylvania Youth Ballet, and Pittsburgh Ballet, Ms. Kuusela was offered a full scholarship to attend Pittsburgh Ballet’s year-round program. She spent her freshman year of high school training and performing with Pittsburgh Ballet under the direction of Patricia Wilde. Ms. Kuusela also had the privilege of working with many great teachers in Pittsburgh including Roberto Munez, Dana Arey, Gail Sullivan, and David Holladay.
Read more 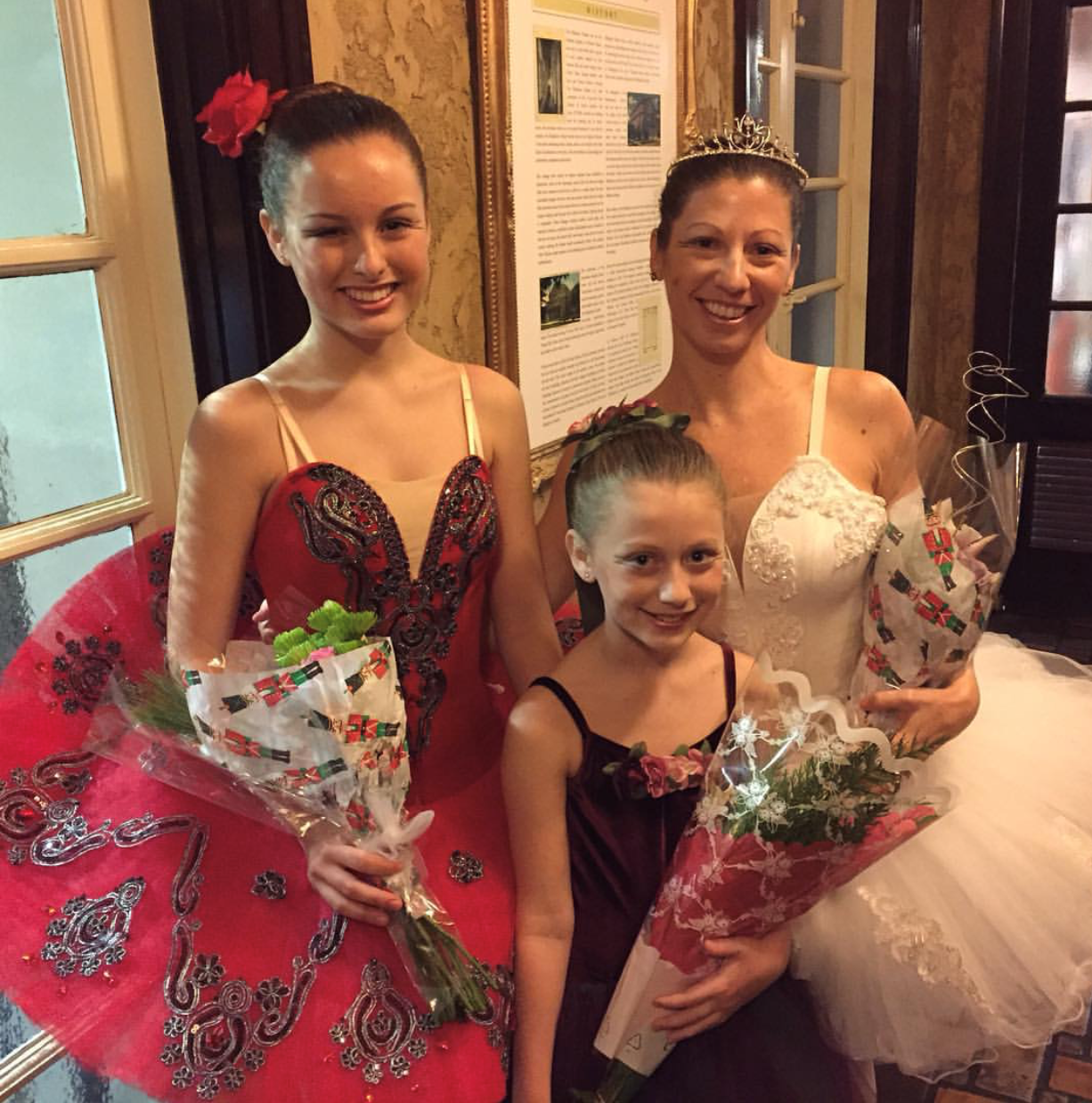 Ballet Instructor
Marsha Salzer Wilson
Marsha began dancing at the Academy of Ballet Arts under the guidance of Suzanne Pomerantzeff and Lester Jacobsen. While training at the Academy, she performed in many ballets including the Red Shoes, Bouquet de Vienne, Match Girl, Le Petite Riens, and Coppelia among others. She performed at the opening of the original Dali Museum and at the Museum of Fine Arts. Marsha spent summers studying with Ballet West, the Pennsylvania Ballet, and the Milwaukee Ballet. Marhsa's early high school graduation led her to New York to study dance with Melissa Hayden and Wilhelm Burmann.
Read more 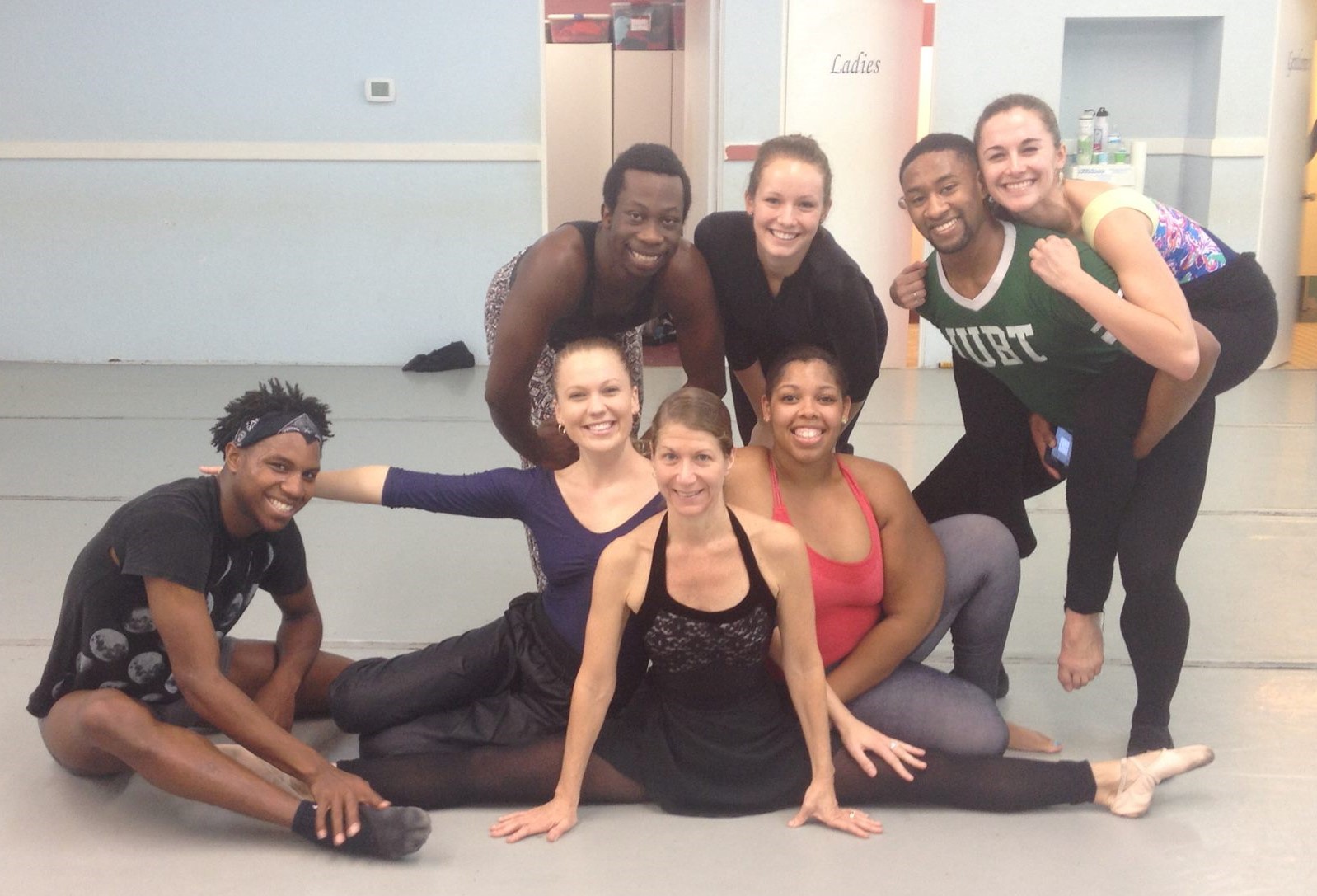 Contemporary/Modern Instructor
Brieanna Hynish
Brieanna Hynish is from St. Petersburg, FL. Starting her dance training at the age of three studying tap, clogging and jazz at beginning levels, Ms. Hynish had found her niche at an early age. By eight years old Ms. Hynish was competing in national Dance Competitions across the country in tap, clogging, jazz, and lyrical. While continuing her training for dance competitions Ms. Hynish discovered ballet at the age of 11, beginning her training under Mervet Elnabarawi and Wagih Aboelella at the Arts Middle school in St. Pete. She also expanded her training outside of school by attending the Academy of Ballet Arts Inc. under the direction of Suzanne Pomerantzeff.
Read more 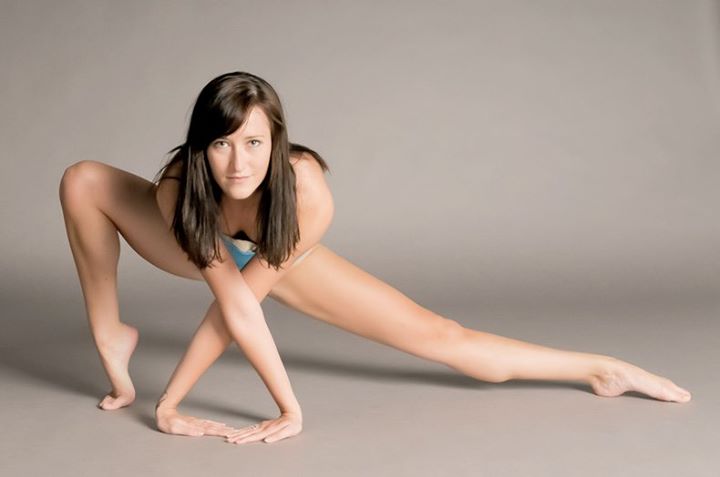 Ballet Instructor
Daniel Johnson
Daniel Johnson graduated from Gibbs High School/PCCA/Dance in 2008. He attended The Boston Conservatory on a full tuition scholarship and graduated in 2012 with a major in Dance. Daniel then moved to New York City and joined the Nai Ni Chen Dance Company, where he remained for two years. They performed a style of modern contemporary dance mixed with martial arts and tai chi. Daniel then relocated to Asheville, North Carolina, where he taught in several local studios and performed in local productions. He is grateful for the opportunity to return to St. Petersburg and perform for his beloved home studio. Daniel would like to dedicate his performances to his precious young daughter, Izabella.
Read more 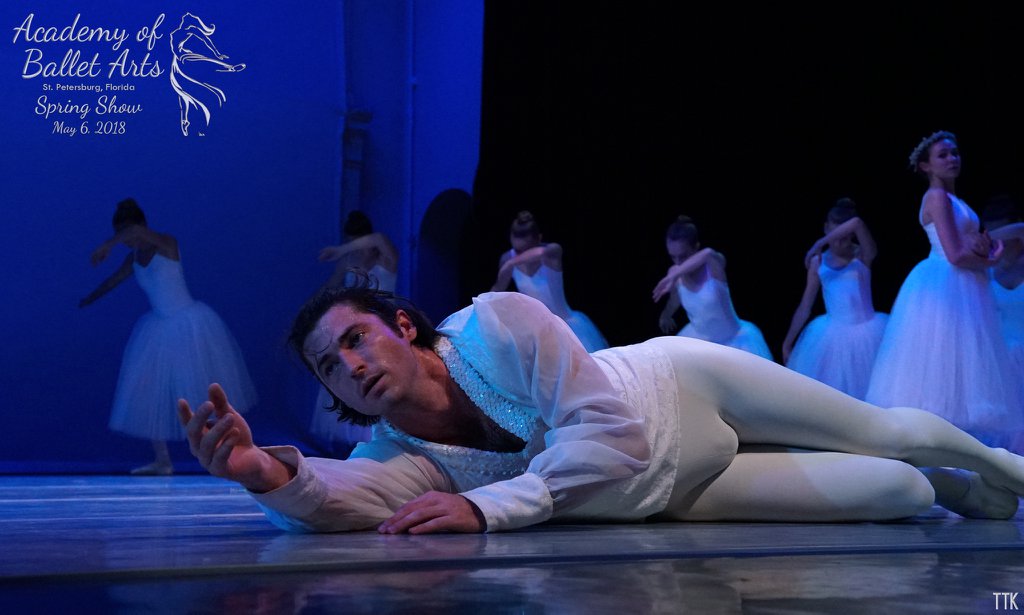 Somatic Instructor
Noa Spector-Flock
Noa Spector-Flock is a LMT and hold a Master degree in Education. Noa taught movement, wellness and injury prevention at the University of South Florida, at St. Petersburg College and in the Dance Department of Gibbs High School. In 2017 awarded a Fulbright grant as a specialist. Noa has a private practice for muscle therapy and movement education since 1982 working on injuries and alignment issues.
Read more 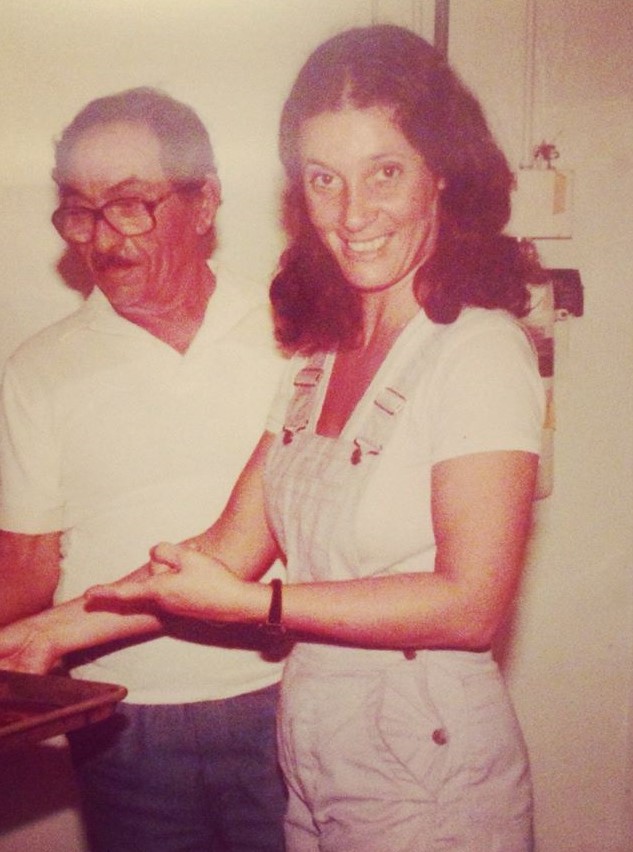 Jazz Instructor
Claudia Montague
Claudia Montague is originally from St. Louis, Missouri. She started taking ballet and jazz at age four. Not long after, she started training in tap, modern, contemporary, and hip hop. She was lucky enough to study ballet under Ms. Natalie Le Vine, and jazz under Kacy Voskuil. She was part of Pazazz Performing Troupe for six years at St. Louis Academy of Dance. In high school, Claudia studied ballet at The Kansas City Ballet School Summer Intensive.
Read more 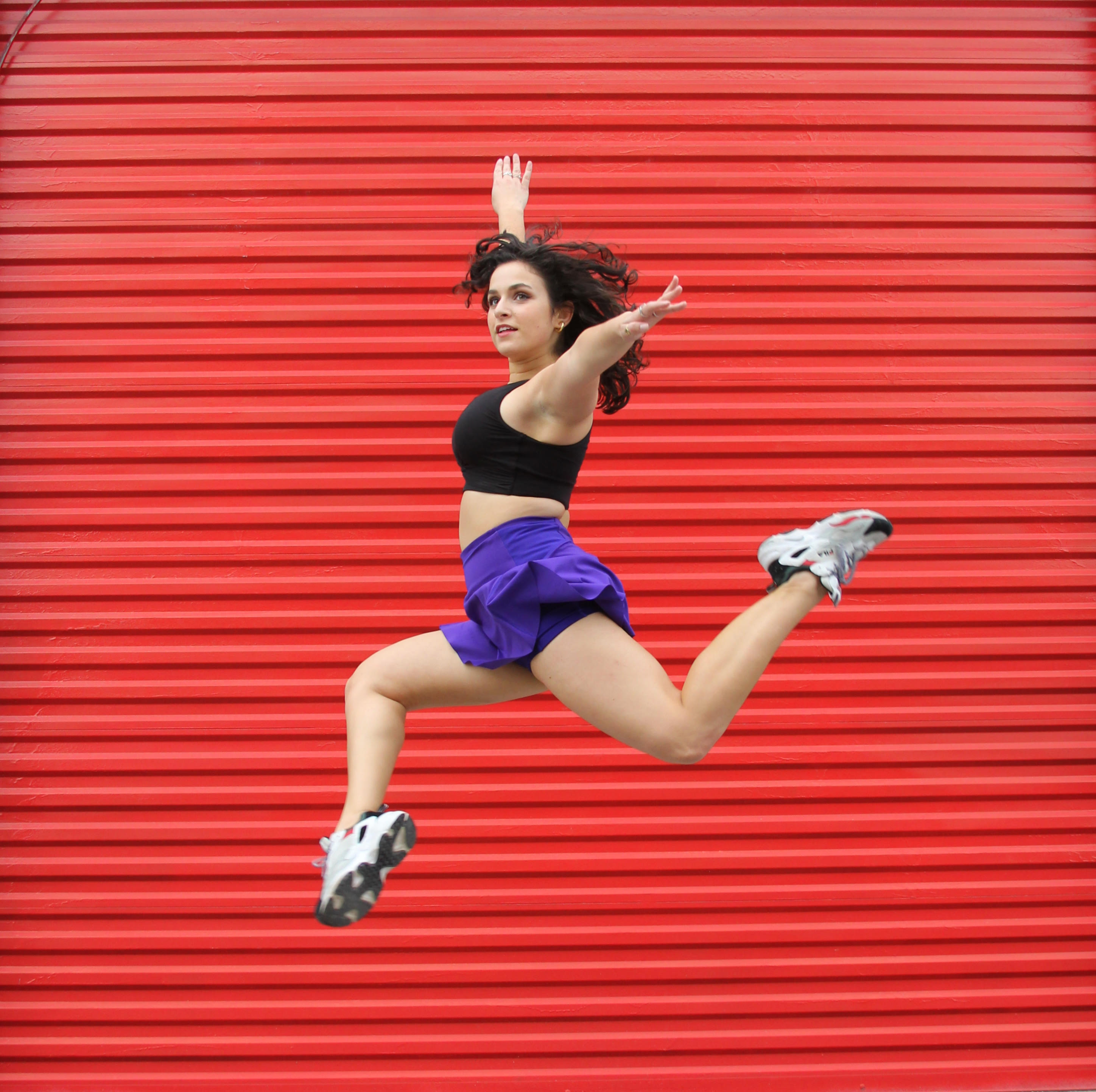 Ballet Instructor
Jalen Williams
Jalen Williams began dancing in his hometown of Saint Petersburg, Florida at the age of six. He was enrolled into Perkins Elementary School, where he was taught dance by Rebecca Hobbs, along with Sean Musselmen. After, he continued dancing throughout the two sister schools, John Hopkins Middle and Gibbs High School. During his time training at the art schools, he received a scholarship from a small studio The Academy of Ballet Arts. There, he was able to continue studying, as well as expand his background in dance. Under the artistic leadership of Suzanne Pomerantzeff, his training became more intensive and serious, to be able to get to the next level.
Read more 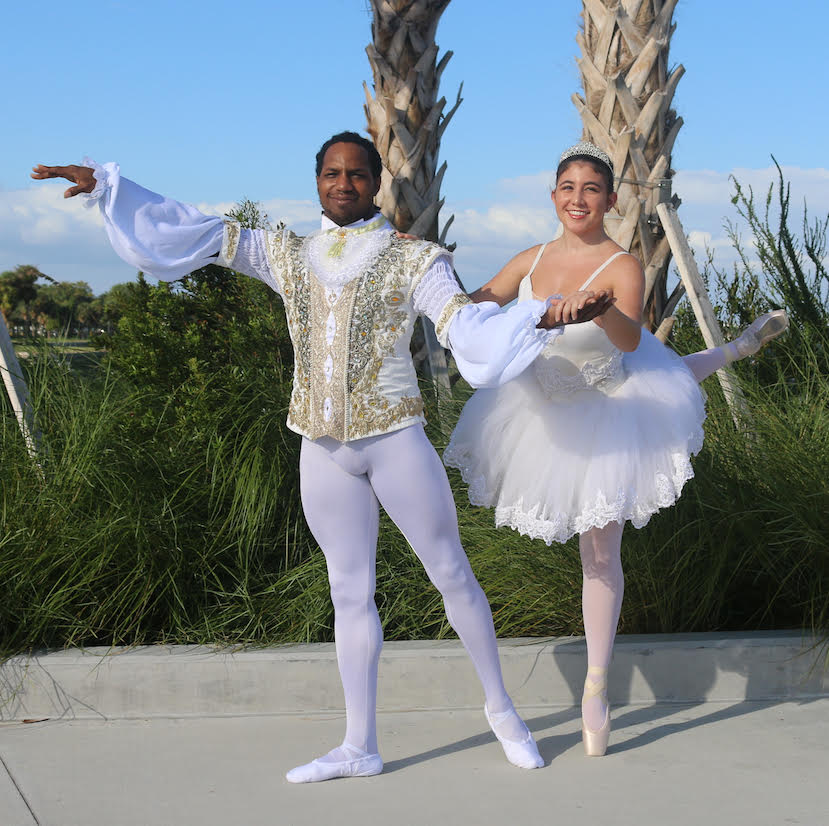